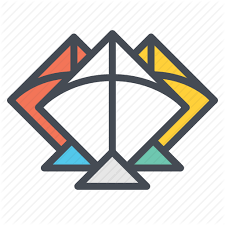 The term Uttarāyaṇa (commonly Uttarayan) is derived from two different Sanskrit words – "uttara" (North) and "ayana" (movement) – thus indicating a semantic of the northward movement of the Sun on the celestial sphere. This movement begins to occur a day after the winter solstice in December, which occurs around 22 December and continues for a six-month period through to the summer solstice around June 21 (dates vary). This difference is because the solstices are continually precessing at a rate of 50 arcseconds per year due to the precession of the equinoxes, i.e. this difference is the difference between the sidereal and tropical zodiacs. The Surya Siddhanta bridges this difference by juxtaposing the four solstitial and equinoctial points with four of the twelve boundaries of the rashis 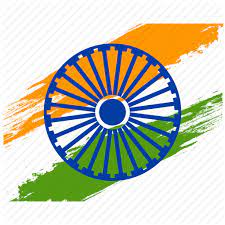 Republic Day is a national holiday in India, when the country marks and celebrates the date on which the Constitution of India came into effect on 26, January 1950, replacing the Government of India Act (1935) as the governing document of India and thus, turning the nation into a newly formed republic.[1] The day also marks the transition of India from an autonomous Commonwealth realm with British Monarch as nominal head of the Indian Dominion, to a fully sovereign republic in the Commonwealth of Nations with the President of India as the nominal head of the Indian Union. 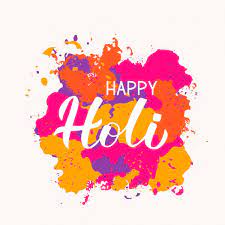 Holi ( /ˈhoʊliː/) is a popular ancient Indian festival, also known as the "Festival of Love", the "Festival of Colours" and the "Festival of Spring".[1][8][9] The festival celebrates the eternal and divine love of Radha Krishna.[10][11] It also signifies the triumph of good over the evil,[12][13] as it celebrates the victory of Vishnu as Narasimha Narayana over Hiranyakashipu.[14][15] It originated and is predominantly celebrated in the Indian subcontinent but has also spread to other regions of Asia and parts of the Western world through the Indian diaspora. 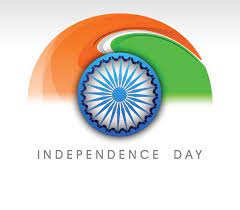 Independence Day is celebrated annually on 15 August as a national holiday in India commemorating the nation's independence from the United Kingdom on 15 August 1947, the day when the provisions of the 1947 Indian Independence Act, which transferred legislative sovereignty to the Indian Constituent Assembly, came into effect. India retained King George VI as head of state until its transition to a republic, when the nation adopted the Constitution of India on 26 January 1950 (celebrated as Indian Republic Day) and replaced the dominion prefix, Dominion of India, with the enactment of the sovereign law Constitution of India. India attained independence following the Independence Movement noted for largely non-violent resistance and civil disobedience. 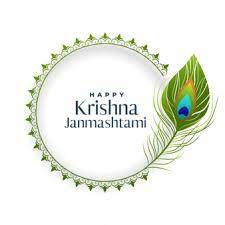 Krishna Janmashtami, also known simply as Janmashtami or Gokulashtami, is an annual Hindu festival that celebrates the birth of Krishna, the eighth avatar of Vishnu.[3] According to Hindu lunisolar calendar, it is observed on the eighth tithi (Ashtami) of the Krishna Paksha (dark fortnight) in Bhadrapada Masa. This overlaps with August or September of the Gregorian calendar. 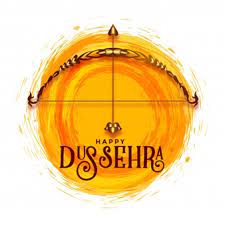 Vijayadashami (Sanskrit: विजयदशमी, romanized: Vijayadaśamī), also known as Dussehra, Dasara or Dashain, is a major Hindu festival celebrated at the end of Navaratri every year. It is observed on the tenth day in the Hindu calendar month of Ashvin, the seventh month of the Hindu Luni-Solar Calendar, which typically falls in the Gregorian months of September and October. 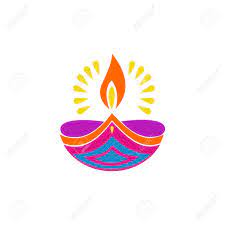 Diwali (English: /dɪˈwɑːliː/; Deepavali (IAST: dīpāvalī) or Divali; related to Jain Diwali, Bandi Chhor Divas, Tihar, Swanti, Sohrai and Bandna) is a festival of lights and one of the major festivals celebrated by Hindus, Jains, and Sikhs.[8] The festival usually lasts five days and is celebrated during the Hindu lunisolar month Kartika (between mid-October and mid-November).[9][10][11] One of the most popular festivals of Hinduism, Diwali symbolizes the spiritual "victory of light over darkness, good over evil, and knowledge over ignorance".[12][13][14][15] The festival is widely associated with Lakshmi, goddess of prosperity, with many other regional traditions connecting the holiday to Sita and Rama, Vishnu, Krishna, Yama, Yami, Durga, Kali, Hanuman, Ganesha, Kubera, Dhanvantari, or Vishvakarman. Furthermore, it is, in some regions, a celebration of the day Rama returned to his kingdom Ayodhya with his wife Sita and his brother Lakshmana after defeating Ravana in Lanka and serving 14 years of exile. 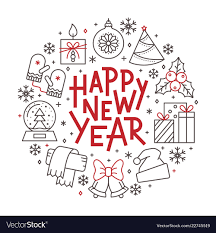 India, what comes to your mind when you hear the word India? Cricket? Patriotism? Diverse culture? India is a country of various cultures, languages, castes, and religions. It is a land of unity in diversity where people of different caste, class, religion, of different lifestyles, live together. Above all, India is a country of festivities. Each and every festival is celebrated with full zeal, enthusiasm, and merry happiness. One such festivities approaching is “New Year.” The new year is celebrated all over the country. 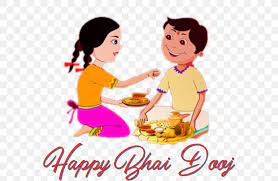 Bhai Dooj, Bhaubeej, Bhai Tika or Bhai Phonta is a festival celebrated by Hindus on the second lunar day of Shukla Paksha (bright fortnight) in the Vikram Samvat Hindu calendar or of Shalivahan Shaka calendar month of Kartika. It is celebrated during the Diwali or Tihar festival and Holi festival. The celebrations of this day are similar to the festival of Raksha Bandhan. On this day, brothers give gifts to their sisters. In the southern part of the country, the day is celebrated as Yama Dwitiya.[2] In the Kayastha community, two Bhai Doojs are celebrated. The more famous one comes on the second day after Diwali. But the lesser-known one is celebrated a day or two after Diwali. In Haryana, a ritual also followed, a dry coconut (named gola in regional language) with klewa tied along its width for worshipping is also used at the time of doing aarti of a brother. 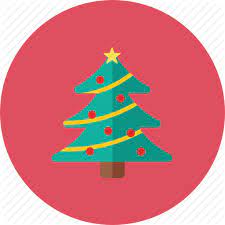 Christmas is an annual festival commemorating the birth of Jesus Christ, observed primarily on December 25[a] as a religious and cultural celebration among billions of people around the world.[2][3][4] A feast central to the Christian liturgical year, it is preceded by the season of Advent or the Nativity Fast and initiates the season of Christmastide, which historically in the West lasts twelve days and culminates on Twelfth Night.[5] Christmas Day is a public holiday in many countries,[6][7][8] is celebrated religiously by a majority of Christians,[9] as well as culturally by many non-Christians,[1][10] and forms an integral part of the holiday season organized around it.